My web framework at the moment is Vue.js 🌐

KG.codes · 1 minute read ·
⁣I really want/need to do some more web apps 🌐 since I’ve been doing a lot of mobile development lately..

My web framework of choice at the moment is Vue.js. Vue.js is an open-source, component-based, JavaScript framework for building user interfaces and single-page applications.

Some reasons it’s my favorite right now:
• Component-based (app structure is driven by reusable ‘components’ rather than a bunch of markup, logic, and styling files)
• Declarative markup / directives that allow the UI to auto-update based on data. Essentially, a directive is some special token in the markup that tells the library to do something to a DOM element.
• Not as verbose (not as much extra/useless text to type) as some other frameworks
• Thanks to the associated tools like Babel and Webpack, I can write modern JavaScript code for any browser and don’t have to manually work on build issues like cache busting.
• Very easy-to-learn due to it’s simplicity
• View layer driven by HTML templates rather than JSX (JSX is great too though)
• Less-opinionated than some other frameworks (sometimes too many choices/opinions can make collaborating or adding to someone’s project more difficult). There is something to be said about having one way to do things that everyone agrees to.
• Excellent documentation

In the photos, you can see the last (unfinished) app I did using Vue.js. I love the simple high-level structure of Vue components (template, script, style). Out of the box Vue apps are extremely responsive. 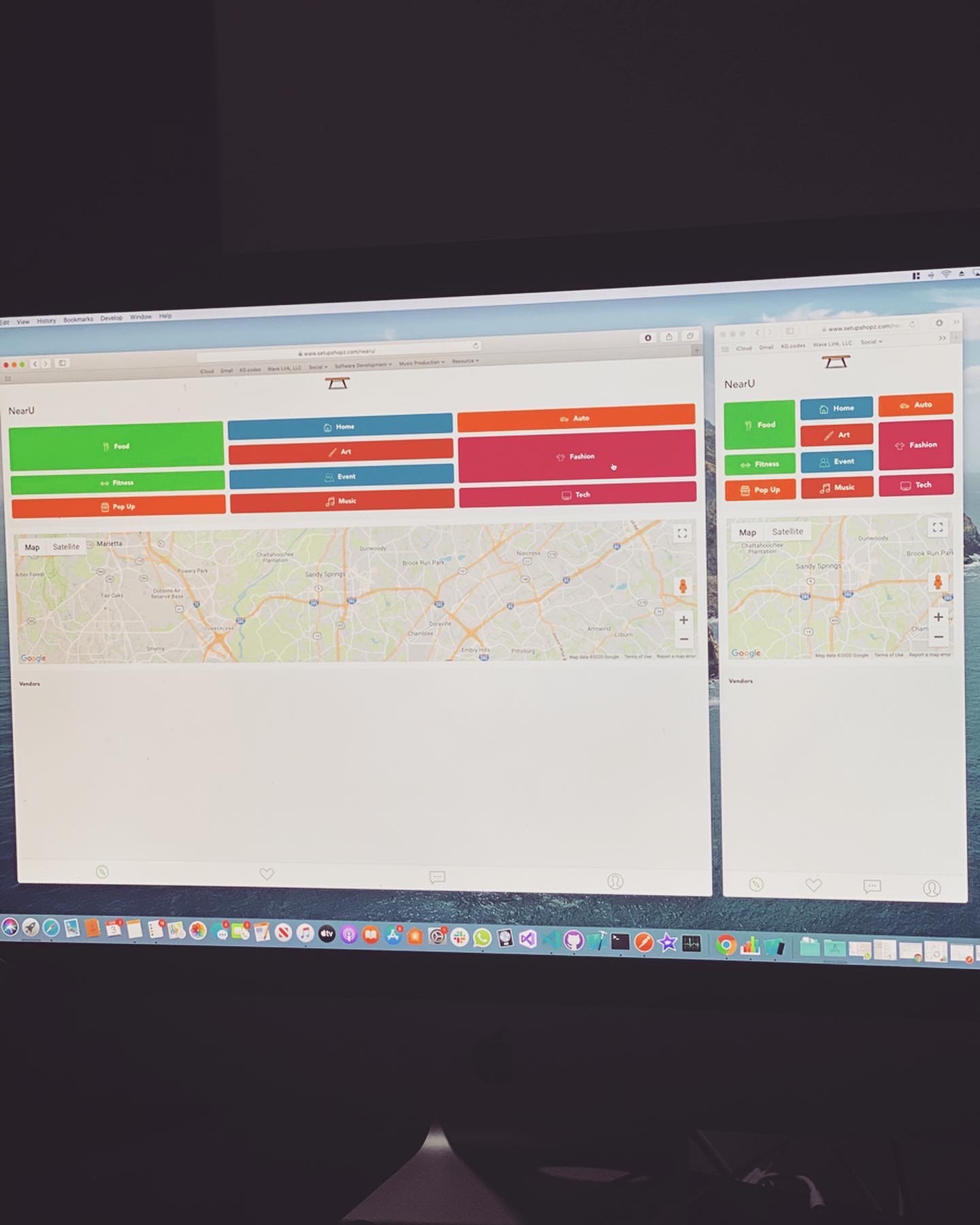 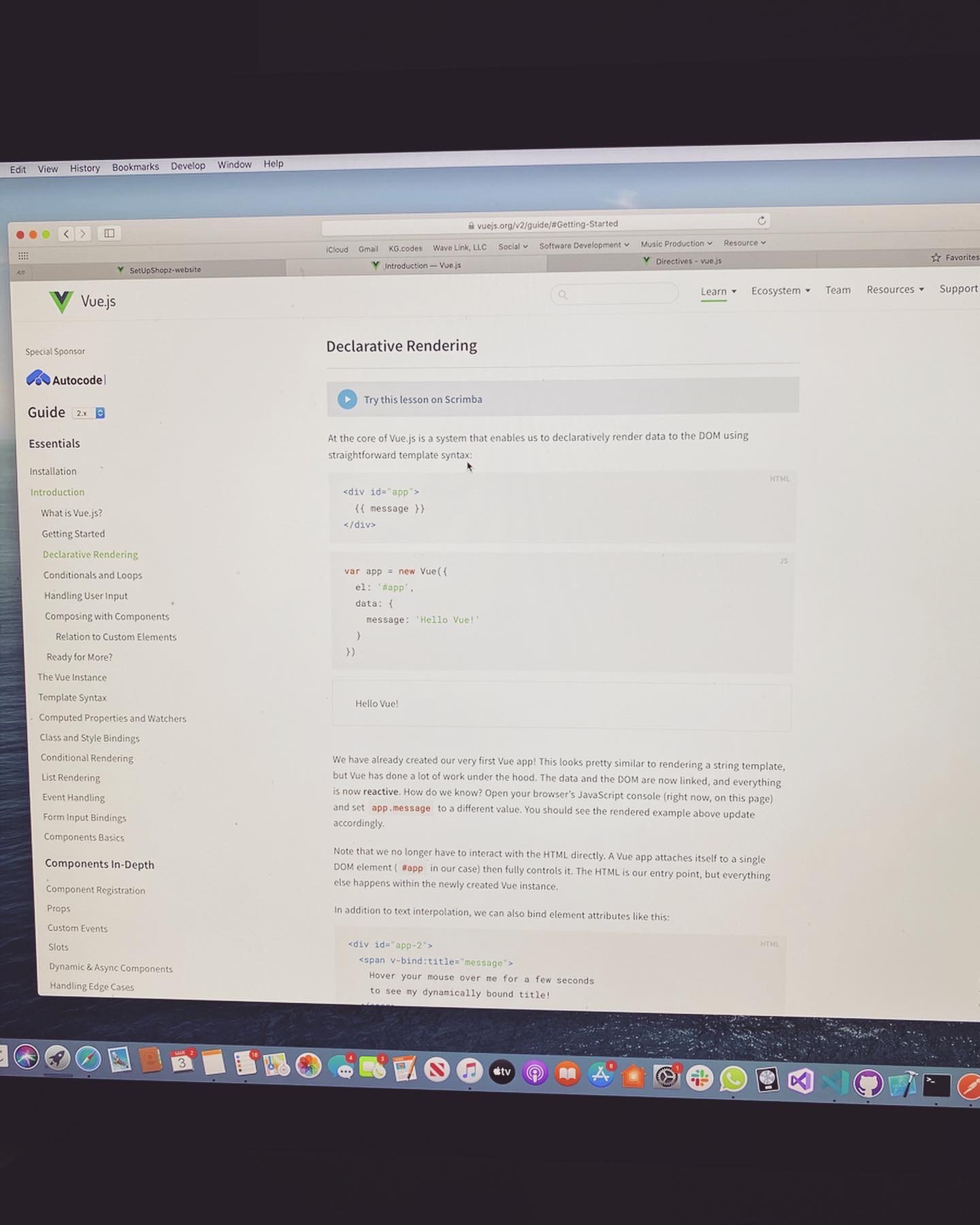 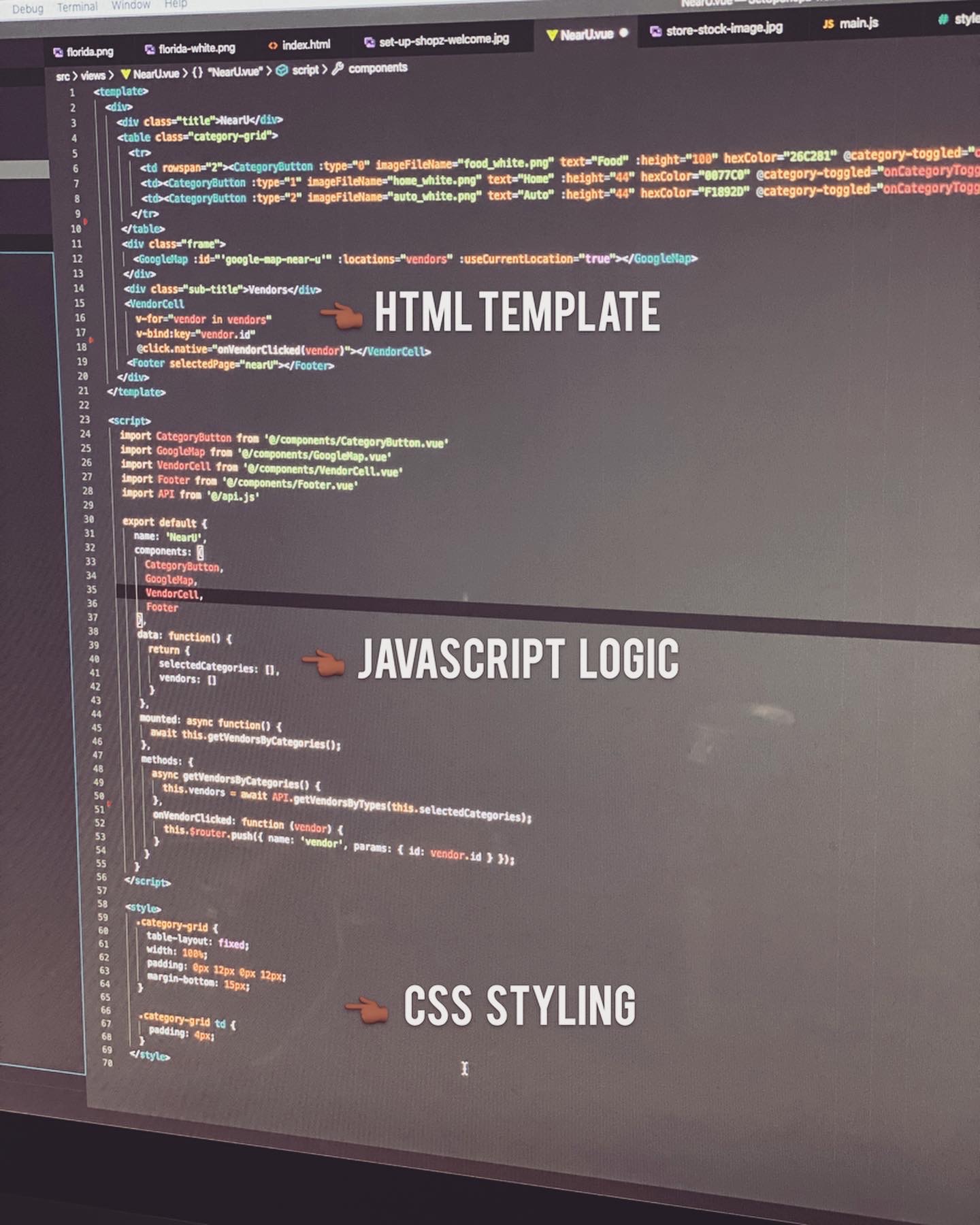 ⁉️ What are some good ideas for quick web apps I can do?